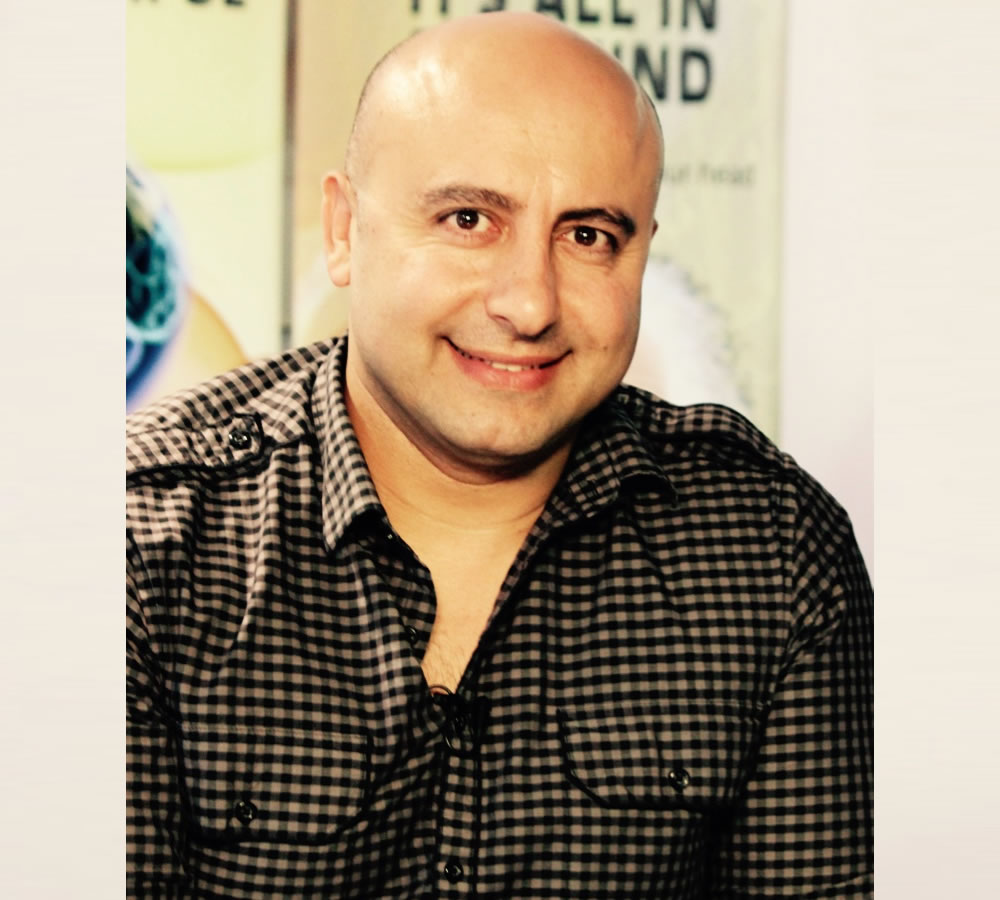 Born in 1971, George Helou became obsessed with personal development in his late teens when he discovered that his perspective and choices were narrowed by his education and upbringing. He experienced what he calls his first shock at the idea that what he thought was reality, was simply one way of perceiving and often limiting, in subtle but destructive ways.

He developed an insatiable appetite for self-help books and personal development courses while applying his learning in his media career for Sydney’s 2Day FM and later in his business consulting and Coaching practice. He would soon discover that success principles and nature’s adaptive process had universal relevance that helped him adapt wisdom across media into investment properties and later into life skills, with immediate success at every stage.

in 2001, he started a publishing company and authored 2 books that became Australian best sellers after being mentored through the process by the managing director of Hay House, Leon Nacson. He has also worked with and been mentored by Dr Deepak Chopra as well as BMW and Johnson and Johnson consultant Dr Michael Hewitt-Gleeson.

George has since written a book ‘Cinderella’s Secrets’, decoding the classic Fairy Tale to reveal Cinderella’s adaptive nature being instrumental to the transformation of her life. The book was launched by Right Honourable the Lord Mayor of the City of Perth in 2015, who said his book would be a powerful legacy that would inspire future generations of young women long after he was gone. His book has since been launched on Audiobooks and Audible by celebrity Googlebox narrator Jo Van Es.

Moving to Perth in 2004 to settle and start a family with his wife lead him in 2011 to distilling his personal development study and application into a 7 step process he would eventually call EP7 (Empowered for Purpose in 7 Steps), helping individuals and groups reinvent themselves across the full spectrum of personal, career and business related roles and goals.

In 2008, George was asked by the Marr Mooditj Foundation to provide personal development classes for their mature age indigenous nursing graduates after the founder and director attended one of his keynote talks at the Conscious Living Expo earlier that year. Such was the popularity of the classes with teachers and students alike, that the nursing student body threatened to boycott the Diploma if they were prevented from attending George’s classes. George is currently preparing personal development and leadership facilitation to be delivered for the indigenous community.

In 2015, George was a keynote speaker at the Men in Black Ball and to Finance WA, sharing his insights and success in helping clients move out of depression and into a meaningful life through the 7 step reinvention process.

His successful Life Coach Perth practice from 2011, has grown over the last 8 years to include the launch of his EP7 Life Coach Academy. He is often quoted and interviewed in Australian media on achieving your goals and living a life of purpose.

In 2018, George was honoured to accept the invitation to represent World Kindness Australia by taking the seat on the International Council of the World Kindness Movement. He is currently creating a Kindness Culture Workshop program to empower organisations to thrive through kindness around the world.

In demonstration of George’s passion, in 2003, he met his music idol Prince, was invited on stage and participated in a song alongside him at the WA Entertainment Centre. George has since gone on to compose and produce his own music, being released on iTunes.